Seven-year-old Henry C. White died this date, September 26th, in 1849 of Kidney Disease and was buried at Bethel Burying Ground. He lived with his grandparents Isaac (66) and Hannah (68) along with his sisters Sarah (18) and Elizabeth (16). They lived in a room on Mackey Street. It appears from census and death records that both the child’s parents had died recently and had been buried at Bethel Burying Ground. His mother, Nancy (45), died of Tuberculosis on April 18, 1850, just five months previous. Henry’s father, Handy White (48), died on September 18, 1849, of Cholera.

Mackey Street was a small through fair near 2nd and Reed Streets in south Philadelphia. The street not longer exists and the Herron Playground presently covers the area. 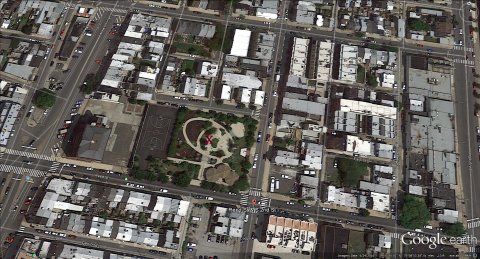