The six-month-old son of Samuel and Elizabeth Edwards died this date, October 1st, in 1848 and was buried at Bethel Burying Ground.

The six-month-old son of Samuel (46) and Elizabeth (33) Edwards died this date , October 1st, in 1848 of Tabes Mesenterica* and was buried at Bethel Burying Ground. The baby had three siblings Seaima (13)**, Mary Elizabeth (4) and Samuel (2).  A year later Ms. Edwards would give birth to a daughter Emma. There is evidence from the 1847 African American Census that the Edwards had two sons in their late teens that by this date may now be living on their own or “in service.”

The family lived in one room on Eutaw Alley close to the intersection of 8th and Race Streets in center city Philadelphia near where the Philadelphia Police Administration Building (“The Roundhouse”) has sat since 1963. Mr. Edwards worked as a porter and a whitewasher and Ms. Edwards as a laundress. 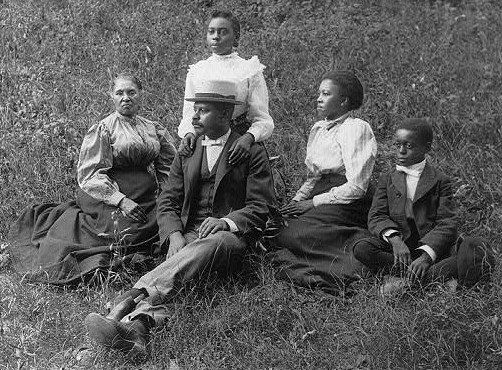 *Tabes Mesenterica is an obsolete termed that was used for a tubercular infection of the lymph glands in the abdomen; a wasting disease.

** The census worker wrote “Seaima.” The child’s name is probably “Saeima.”It is derived from the Arabic word “Saim” which means someone who is fasting.