Six-year-old Margaret L. Gillam died this date, September 26th, in 1849 of “Congestion of the Lungs” and was buried at Bethel Burying Ground. Her mother, Sarah (29 years old) was employed as a laundress and her father, Wesley (47 years old) as a waiter. Margaret had two sisters and one brother – Martha F. (10), Angelina E. (5) and Samuel (1). They lived in a room behind no. 11 Eutaw Alley in a very impoverished situation. The Gillams paid $5 a month rent. Mr. Gillam brought home $6 a week from his job. The home was near the intersection of 8th and Race Streets in Philadelphia near where the Philadelphia Police Administration Building (“The Roundhouse”) has sat since 1963.

Both Sarah and Wesley Gillam were born in Virginia. The 1847 African American Census reports that one of the adults was formerly enslaved. According to the Census, there is an older woman in the household, possibly Sarah or Wesley’s mother. 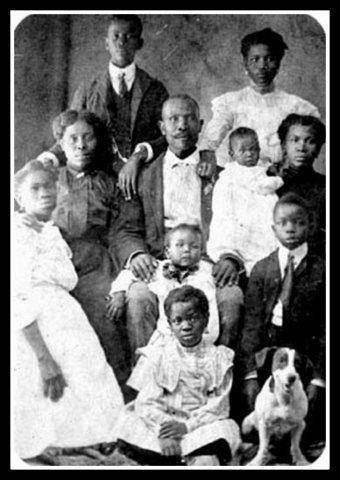