Fifty-five-year-old Jacob Garver died this date, February 17th, in 1854 and was buried at Bethel Burying Ground.

Fifty-five-year-old Jacob Garver died this date, February 17th in 1854 of “Debility” and was buried at Bethel Burying Ground. The death certificate states that he was a “native” of  Lancaster, Pennsylvania. However, the 1850 U.S. Census reports that he was born in Maryland. In addition to Mr. Garver, the family included forty-five-year-old Maria Garver and seventy-year-old Hannah Jones who were both born in Maryland and nine-year-old Anna M. Garver who was born in Philadelphia.

Hannah Jones, who most likely was the mother of Maria Garver, died in April of 1853 and was buried at Lebanon Cemetery. Her death certificate is below. The family lived in a room at #2 Currant Alley for which they paid approximately $3 a month. The 1850 Census reports Mr. Garver’s occupation as a whitewasher for which he may have made $3 a week when he had the work. 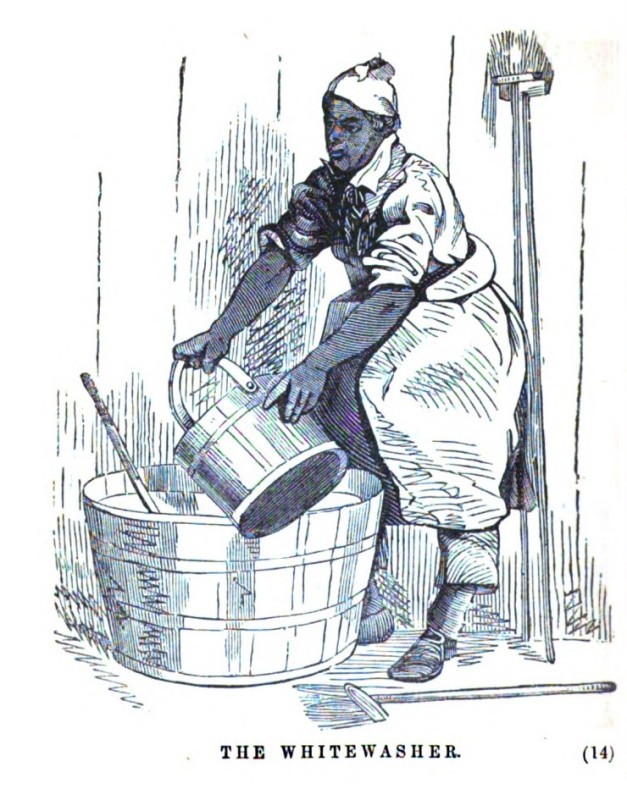 Mr. Garver was employed as a whitewasher or house painter as we know it today. He would have painted fences, stables, house walls, and ceilings. The whitewash/paint that he would have used contained a high content of lead. It was not uncommon for these men and women to suffer brain damage and to experience an early death.

Ninety-six Black families lived in the densely packed Currant Alley. The thoroughfare had a staggering total of three hundred twenty-one Black family members, according to the 1847 Census. The Census also showed that the adults living on Currant Alley were solidly working class, having a wide range of laboring and domestic jobs to which African American men and women were restricted. 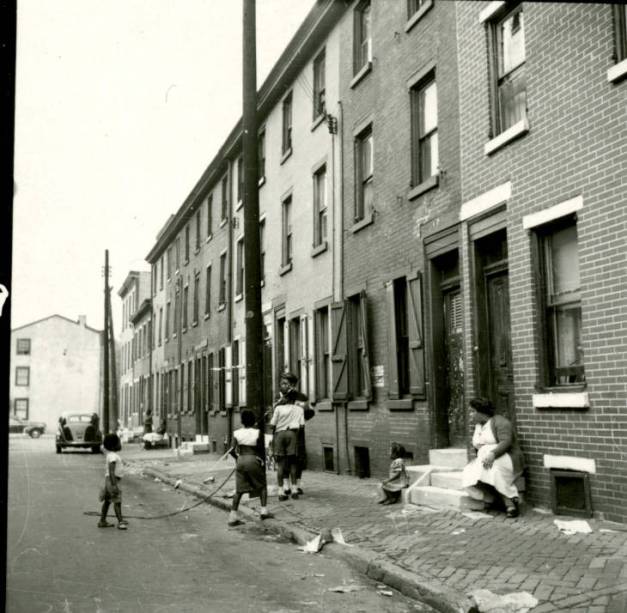 Mr. Garver lived with his family in Currant Alley, now Warnock Street, located between Locust & Spruce Streets and between 10th & 11th Streets. The photo above shows Warnock Street in 1926. Below is a photo of what Warnock Street currently looks like. 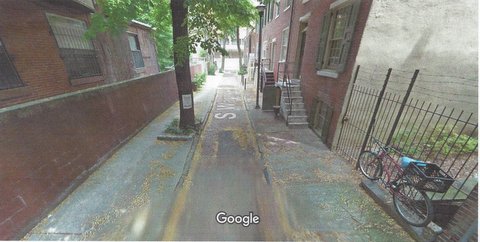 Mr. Garver died on a cold day in mid-February and was buried at Bethel Burying Ground. Several days later, a major snowstorm hit the east coast.

Seventy-two-year-old Ann Richards died this date, February 5th, in 1848 and was buried at Bethel Burying Ground.

Seventy-two-year-old Ann Richards died this date, February 5th, in 1848 of Inflammation of the Lungs and was buried at Bethel Burying Ground. According to census records and city directories, Ms. Richards was a single woman. The death certificate identifies her as ‘Mrs.,’ which likely means she was a widow. The 1847 Philadelphia African American Census reports that she resided alone at #8 Gray’s Alley in a 9’x9′ room for which she paid $2.33 a month. She was self-employed as a laundress for which she may have made from $0.75-$1.00 a week when she was able to get the work. Ms. Richards reported that she was not born in Pennsylvania and that she could read. She belonged to a beneficial society and attended Bethel A.M.E. at 6th and Lombard Streets. 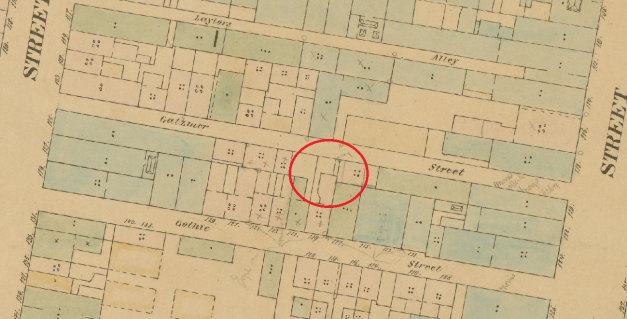 The red circle in the above map illustrates the location of Mrs. Richards’ home at #8 Gray’s Alley. The red arrow in the map below shows the location of the address in relation to the Delaware River (blue line). In the mid-1850s, Gray’s Alley was renamed Gatzmer Alley. 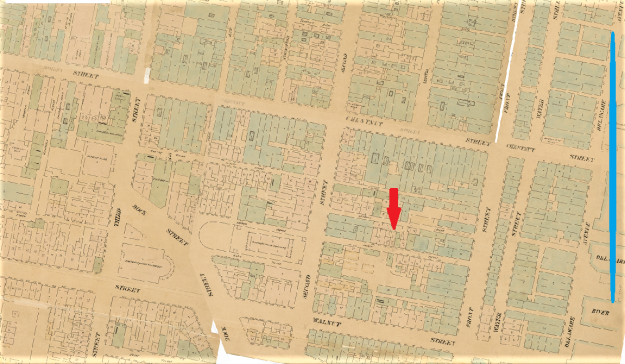 There were two large tenements in Gray’s Alley that contained all the African Africans on the block, according to the 1847 Philadelphia African American Census. The two buildings contained sixty-eight Black men, women, and children. The men in Gray’s Alley worked as laborers and porters, likely on the nearby wharves loading and unloading ships. The women were self-employed as wash women and domestics. There was one woman who listed her occupation as a “cake and pie maker.” She may have sold her baked goods at the nearby outdoor market, just around the corner. 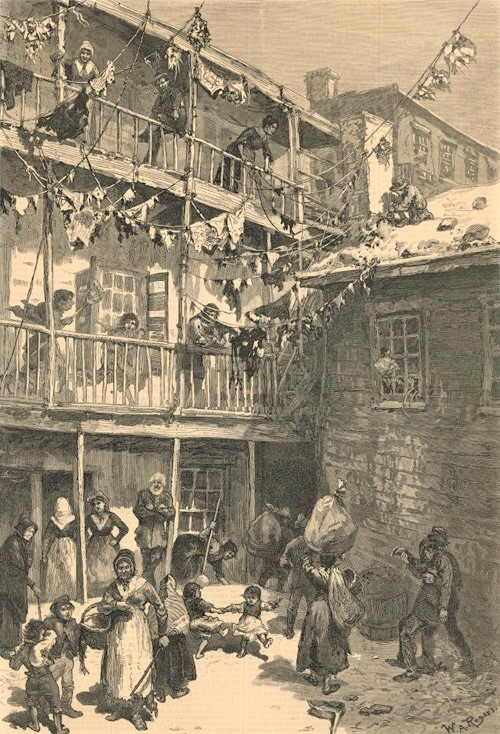 Ms. Richards died on a day in early February where it snowed 2 1/2 inches “but most of it melted on reaching the ground.” She was buried at Bethel Burying Ground.

Note: The death certificate for Ms. Richards was signed by “George Webber, M.D.” However, the city directories listed him as a botanical and herb physician. He resided very close to Ms. Richard’s home.