Fifty-one-year-old Robert Vezey died this date, September 26th, in 1852 and was buried at Bethel Burying Ground.

Fifty-one-year-old Robert Vezey* died this date, September 25th, in 1852 of “Debility” and was buried at Bethel Burying Ground. Mr. Vezey died in the hospital of the Philadelphia Almshouse. The poorhouse medical facility served the destitute who were homeless and who had no resources to support themselves. His cause of death was “Debility” which only described his current physical state. Starvation, living outside in the elements, alcoholism and venereal disease commonly accounted for this condition.

“In 1835, the overcrowded Philadelphia Almshouse moved to Blockley Township in West Philadelphia, an area once known as “Blockley Farm,” now between 34th Street and University Avenue. Built to house a variety of Philadelphia’s indigent population, the facility consisted of a quadrangle of four sizable buildings including a poorhouse, a hospital, an orphanage, and an insane asylum. Construction of the first building had begun in 1830.” https://en.wikipedia.org/wiki/Blockley_Almshouse

The red pin indicates the location of the Blockley Almshouse and Hospital.

The fact that Mr. Vesey was buried in a private cemetery, as opposed to the city’s potter’s field, indicates that he probably had family already buried at Bethel Burying Ground. I have been unable to positively identify any family members. The 1837 Philadelphia African American Census reports Mr. Vesey as married and employed as a porter. His unnamed spouse worked as a laundress. There are seven men, women and children interred at BBG with the last name of Vesey or with a very close spelling. (See below) 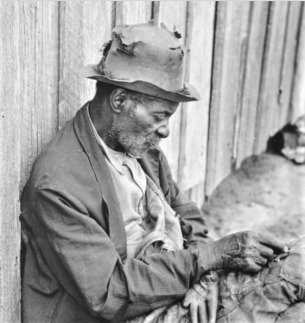 In the week that Mr. Vesey died, there were a total of 22 deaths at Blockley. According to the Board of Health – “People of color, 19. From the Country, 2.” (emphasis added)

*Others buried at Bethel Burying Ground that could have been related to Mr. Vesey: