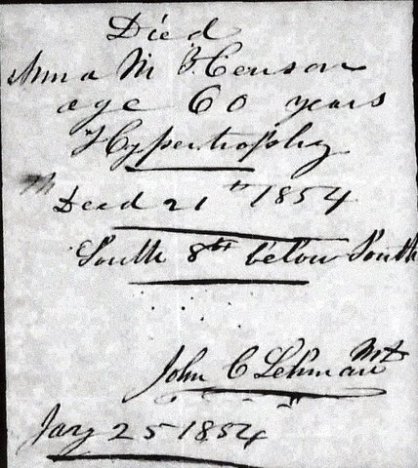 Sixty-year-old Anna Maria Henson died this date, January 21th, in 1854 of heart disease and was buried at Bethel Burying Ground. As of 1847 she lived at 185 Lombard Street and shared a large room with another woman. They paid $3.00 a month for rent or $75 in today’s currency. Ms. Henson’s 1854 death certificate states that she lived on 8th Street just south of South Street at the time of her death. The 1850 Federal Census reports that she was born in Maryland.

In the 1847 African American Census, Ms. Henson reported that she was employed as a nurse. Black women in the 19th century were employed as wet-nurses, child’s nurse, sick room nurse and hospital nurses in segregated maternity wards and general wards. The 1847 census shows that 21 Black women and men reported their occupation as “nurse.” 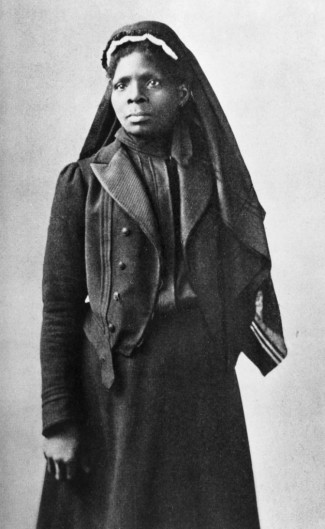