Thirty-five-year-old John Johnson died this date, Janurary 6th, in 1849 and was buried at Bethel Burying Ground

Thirty-five-year-old John Johnson died this date, January 6th, in 1849 of Tuberculosis and was buried at Bethel Burying Ground. He was occupied as a whitewasher or house painter as we know it today. He would have painted fences, stables, house walls and ceilings. The whitewash/paint that he would have used contained a high content of lead. It was not uncommon for these men to suffer brain damage and early death. 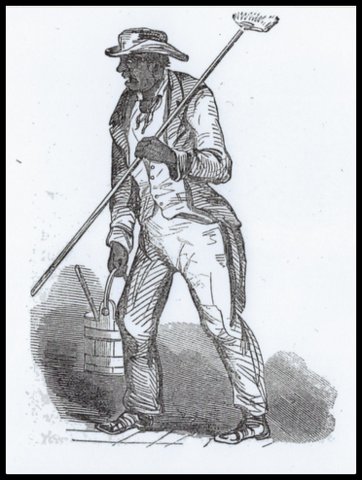 Mr. Johnson lived at 237 Lombard Street near the large outdoor market. He and his wife lived in an 8’x8′ room for which they paid 50 cents a week according to the 1847 African American census. He was married to an unnamed woman who was occupied as a domestic “in-service.” After researching the 1850 Federal Census I believe her to be Ada Johnson born about 1815. In 1850 she was a live-in domestic employed by a wealthy Philadelphia liquor distiller Andrew C. Craig who lived with his wife and son at 13th and Walnut Street. It appears that Ms. Johnson did not have any children.