Six-year-old John Wallace died this date, December 15th, in 1845 and was buried at Bethel Burying Ground

Six-year-old John Wallace died this date, December 14th, in 1845 of Tuberculosis and was buried at Bethel Burying Ground. The child lived with his parents Jane and Loveless Wallace at 195 1/2 Lombard Street near the Lombard Market in old Philadelphia. It was there that Mr. Wallace worked as a carter who owned his own cart. Ms. Wallace worked as a day worker. The Wallaces paid $5 a month for the rent of a shed in the rear of 195 Lombard Street. The Wallaces tragically lost a two-year-old son (William) in July of 1844 to fever. He was also buried at Bethel Burying Ground. 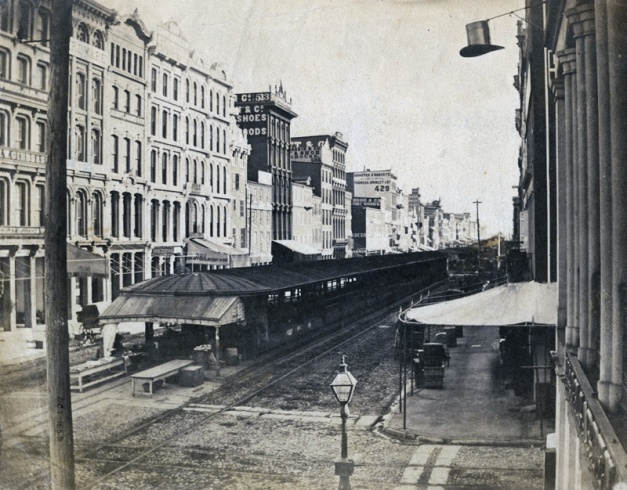 Mr. Wallace pushed a cart that delivered goods to the two block long Lombard Market which was an open air shed like the original Reading Terminal above. Vendors of all sorts would daily sell their goods (meats, vegetables, cider, etc.) to the public. Mr. Wallace would cart these goods from their storage or delivery wagons to the individual stands under the roof of the bustling market place. 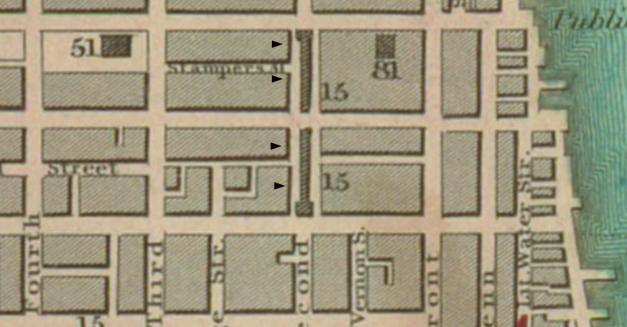 The arrows point to the Lombard Market. The Wallaces lived very close to the southern end of the market.