Forty-0ne year-old Andrew Miller died this date, May 17th, in 1848 and was buried at Bethel Burying Ground

Andrew Miller, 41 years old, died this date, May 17th, in 1848 of Typhoid Fever in the hospital ward of the Blockley Almshouse and was buried at Bethel Burying Ground. As a person of color, he would have been one of the 13% of the population of the institution. Although Blacks made up only 6-9% of the city’s population. Starting in 1821 the institution established segregation because Blacks were a problem because of their behaviors which were “indolent, improvident, and extremely prolific.” For those reasons the institution’s guardians moved Black men, women and children to “special almshouse wards where their behavior could better be managed.” Mr. Miller succumbed to his illness in this ward. * 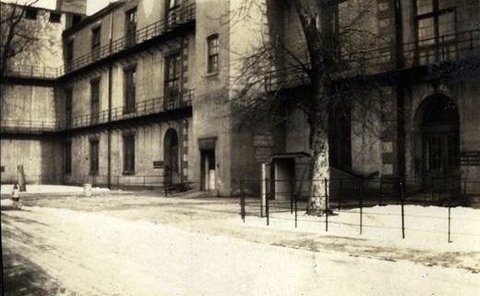 The Blockley Almshouse, later known as Philadelphia General Hospital, was a charity hospital and poorhouse established in an area now between 34th Street and University Avenue where Children’s Hospital of Philadelphia and the VA Hospital currently stand.