On this date, April 28th, in 1810 Reverend Richard Allen and the trustees of Bethel Church purchased land for the Bethel Burying Ground 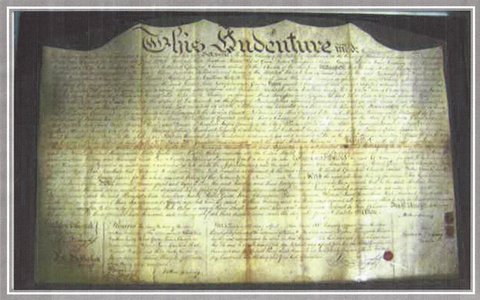 This is the legal document that was signed by the attorneys for Richard Allen and the original trustees of Mother Bethel when they purchased the property for the burying ground in April of 1810. Somewhere along the line the document was stolen and eventually resurfaced in a North Carolina flea market where it was purchased! It was donated to the Smithsonian several years ago by the daughter of the woman who acquired it. (Personal communications between myself, the Smithsonian and the donor.)

On April 28, 1810 the Reverend Richard Allen and the trustees purchased a plot of land for $1,600 to be used as a cemetery not only for congregants, but for any Black man, woman or child that wanted a respectable Christian burial; as opposed to an unmarked grave in a potter’s field.

In 1823 Rev. Richard Allen wrote that Bethel Church had spent between $1,200 and $1,500 in charitable relief for those who could not afford to pay for a burial on Queen Street.*