The one-year-old son of Dr. Charles Henry Washington died this date, February 22nd, in 1849 and was buried in Bethel Burying Ground

One-year-old Isaac Washington died this date, February 22nd, in 1849 of “fits” and was buried in Bethel Burying Ground. He was the son of Dr. Henry Charles Washington, an herbal physician. The family lived at 10 Little Pine Street, now Addison Street, within sight of Mother Bethel Church. The 1847 African American Census reported that Dr. Washington (47 y/o) “has three wives all of whom live with him.” The 1850 Federal Census indicates that there were 7 children in the Washington household ranging from 3 months to 10 years of age. There were only two women reported in the home at this time. They were Anna (34) and Elizabeth (29) Washington. Both women reported their occupations as “laundress.” Dr. Washington also has at least two other children buried at Bethel Burying Ground. There are Charles Henry W. (3 wks old/20 Aug 1848) and an unnamed stillborn child (19 July 1849). In addition, the 1847 Census reports that Dr. Washington had been manumitted and was characterized as “intemperate.”

Dr. Washington was a herb doctor. There were 10 other herb doctors listed in the 1847 African American Census in Philadelphia. According to historian Natalie Lewis, herb doctors are also called conjurers, root doctors and healers. Philadelphia herb doctors owed their origins and knowledge to their African heritage. Again from Ms. Lewis, “Africans when taken from their homeland some 400 years ago brought with them more than their words. They also brought their experience working with herbs, and they transmitted their botanical knowledge to their children.” * 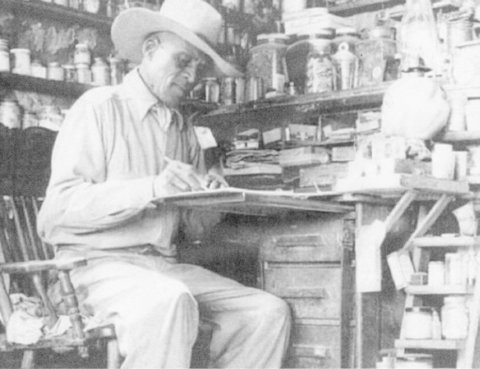 Dr. Island Smith was a celebrated African Creek herb doctor who practiced his art in the hinterlands southwest of Okmulgee in the years after Oklahoma statehood.