On this date January 1st, in 1869, Bethel Burying Ground was leased as a freight storage yard. 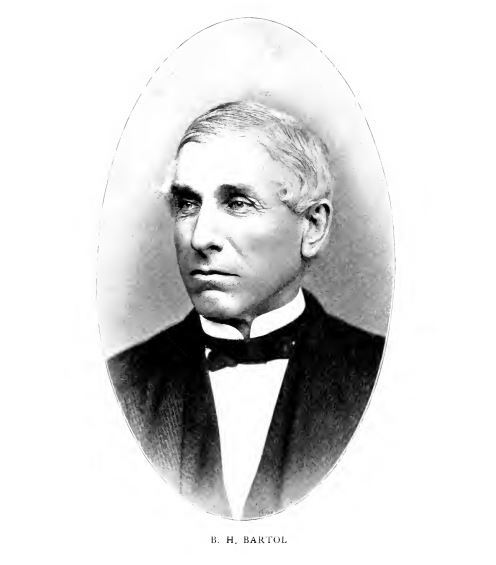 Barnabas Henry Bartol was an engineer, inventor, and investor. He built a family empire that included real estate, foundries, utilities, and sugar refining. He would invent and/or build the huge machinery needed to run some of these businesses. Bartol would eventually become a major stockholder in these empires and reap the large financial benefits.

In 1869, Philadelphia had over a dozen sugar refineries. It was one of the largest businesses in Philadelphia through the centuries. The factories were large and required a great deal of storage space for freight wagons, hogsheads (large barrels), lumber and the vast amount of trash produced by such industry. (See below image showing one of these enormous factories in Philadelphia.) 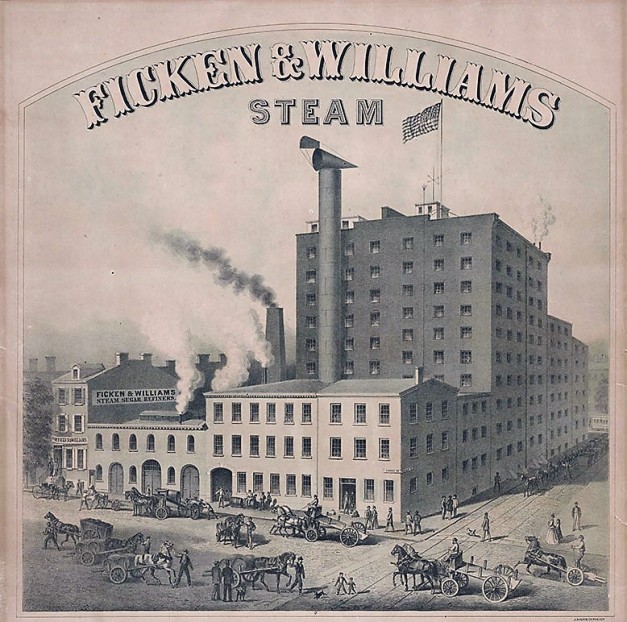 In 1869 Bartol was the head of the Grocers’ Sugar House (refinery) at 7th Street and Passyunk Avenue, three or four blocks from the Bethel Burying Ground.

On January 1, 1869, Bartol signed a lease (below) to use Bethel Burying Ground for a storage yard for a rent of $200 a year. It was acknowledged by Bethel Church that the property was formerly a cemetery and that the human remains were still under the hard clay surface. There wasn’t a tombstone standing. 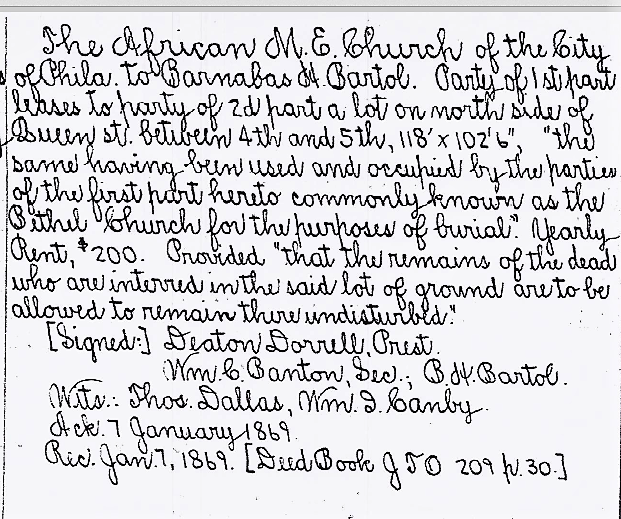 There was a well-known dark side to the sugar industry in its reliance on enslaved laborers who cut and crushed the sugar cane in the West Indies and the southern United States. With the south being defeated in the American Civil War and the British ending slavery in their Caribbean colonies, the focus turned to Cuba. Slavery in Cuba was not ended until 1886. The Philadelphia newspapers frequently wrote about the situation only ninety miles off the coast of Florida. (1)

Bartol made numerous trips to Cuba to inspect the sugar cane operations on the island. He saw the crushing toil of the 20 hour days during the harvest season without ever a day off. He stood next to the machinery that often mangled the bodies of the enslaved men, women and children. We know that he saw the beatings, whippings that flayed off the skin of the victims. (2)

Barnabus Bartol’s spouse, Emma, conscientiously kept a journal on her trips to Cuba with her husband. She wrote that slavery was a “curse,” however “The slaves belong to an inferior race and must yield to the superior intellect of the Caucasian races.” (2)

In August 1872, AME Bishop Benjamin Tucker Tanner wrote in The Christian Recorder calling attention to the disgrace of the Bethel Church trustees who have let the “consecrated grounds” of the church’s “Old Burial Ground” on Queen Street crumble. He laments that the plot is in disrepair and is being used as a dump for rubbish, old hogsheads, barrels, and lumber. “There is not a gravestone unbroken and not a grave to be seen – all in confusion and shame.”

For an unexplained reason, the trustees of Bethel Church and Barnabas Bartol in June of 1873, agreed to terminate the lease for the cemetery plot. Bartol agreed to erect a “good fence” around the grounds on his departure. (Minutes of the Bethel Trustees, 1878-1891).

(2) Recollections of a Traveller by Emma J. Barlot; (3) p. 73. The entire book is available online at https://www.hathitrust.org/