The nine-month-old unnamed Fleming daughter died this date, September 29th, in 1854 and was buried at Bethel Burying Ground.

The nine-month-old unnamed daughter of Susan and Horatio Fleming died this date, September 29th, in 1854 of Marasmus* and was buried at Bethel Burying Ground. Ms. Fleming was thirty-two years of age at the time of her child’s death while Mr. Fleming was thirty-nine-years-old, according to the 1850 U.S. Census. She was born in Pennsylvania while he was born in Delaware. They had another child, Elizabeth, who was born in Pennsylvania and was four-years-old at the time of her sister’s death. 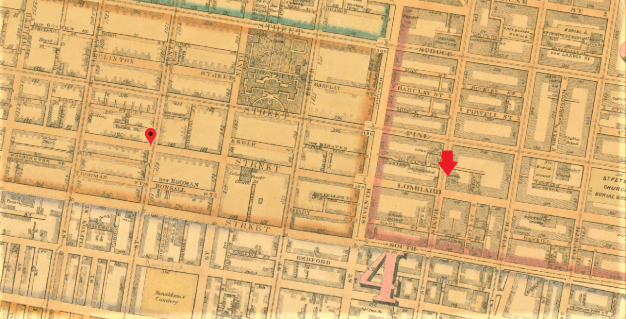 The Fleming family lived in one room on very small Joy Alley, located just off Lombard Street between 10th and 11th Streets. Mr. Fleming worked as a waiter and Ms. Fleming in the home. In 1854, Philadelphians were in the fourth year of a Cholera epidemic. In that year alone, 1,446 adults and children would die from the disease.** It is likely that the Fleming child died from this awful illness.

In addition to the wave of deadly disease threatening the Black community, there was the ever-present racial violence. There was organized violence in the form of the large white mobs marauding through the Black neighborhoods, killing and burning Black people’s homes, churches and halls. And then there were neighborhood gangs. The vicious white gangs with the names of ‘Killers’ and ‘Stingers’ who would randomly target Blacks walking home from church, work, or the market. The Flemings’ neighborhood was infamous for the latter. In addition, the 10th and Lombard intersection was the site of numerous pitched battles between the notoriously violent white volunteer fire companies that the police couldn’t or wouldn’t break up. If you are an African American man or women in 1854 with gangs of white men outside your door, knifing and shooting each other, you had to fear for your life and the safety of your family every day.***

The Flemings buried their daughter at Bethel Burying Ground on a fair-weather day in late September 1854. And bizarrely, on the same day, the P.T. Barnum Circus Menagerie paraded through the city, passing through the 10th and Lombard neighborhood. (Philadelphia Inquirer, 30 September 1854) 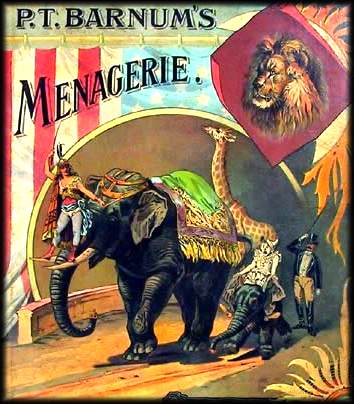 *Marasmus was a general term for not being able to take in and/or utilize nutrition.

**A Documentary and Bibliographic Study of Philadelphia’s Growth by Susan E.            Klepp.