Eighty-year-old Ann Roads died this date, August 6th, in 1854 and was buried at Bethel Burying Ground.

Eighty-year-old Ann Roads died this date, August 6th, in 1854 of Cholera and was buried at Bethel Burying Ground. I could find little specific information on Ms. Roads. I did find two families at the same address with her last name. I also found the last name spelled ‘Rhoades’ and ‘Rhodes.’ 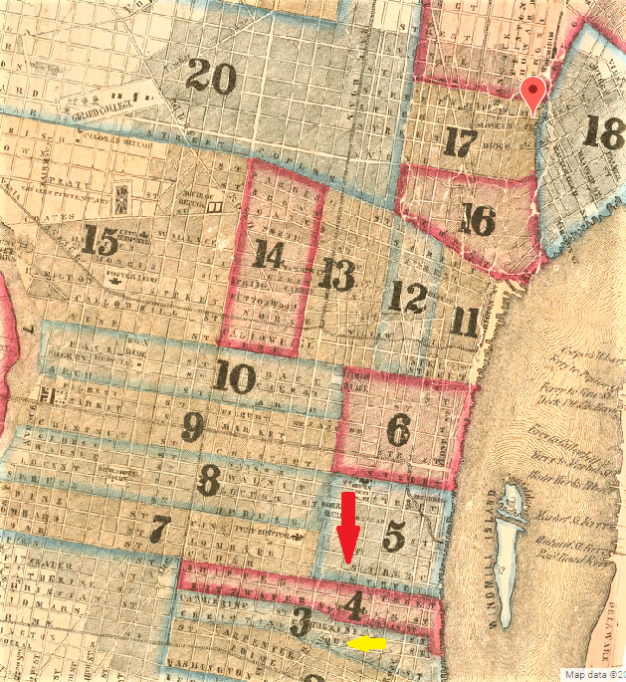 Ms. Roads and, presumably, her family lived in the northeast corner of Philadelphia County (red pin above) on Perry Street. The Kensington neighborhood did not have a large African American population but there were pockets, such as Perry Street. The men in Ms. Roads’ family worked as brick masons and brickmakers at a local brickyard. The two families were headed by Alexander and Thomas Roads. Their census information can be view at https://lilac.swarthmore.edu/fmi/webd/DigitizedCensusWeb.

To illustrate the remoteness of the Perry Street location, I also have identified Bethel Church (red arrow-3 miles away) and the Bethel Burying Ground (yellow arrow-4 miles away) on the above map.

The small pocket of African Americans on Perry Street consisted of twelve families with a total of forty-two individuals, according to the 1847 Philadelphia African American Census. They were employed as brickmakers, porters, seamstresses, laundresses, and woodsawyers. Many would worship at nearby Zoar African Methodist Episcopal Church. 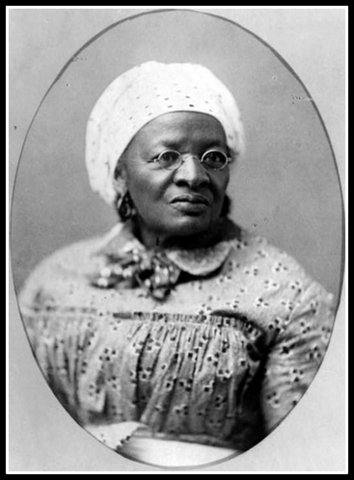 The day that Ms. Roads died, there was a “tremendous storm… The lightning was keen and vivid, while the deep rolling thunder seemed to shake the very buildings.” (Daily Pennsylvanian, 7 August 1854). She was laid to rest at Bethel Burying Ground.