Seventy-year-old Rachel Williams died this date, April 16th, in 1824 and was buried at Bethel Burying Ground.

Seventy-year-old Rachel Williams died this date, April 16th, in 1824 and was buried at Bethel Burying Ground. Her death certificate was written by Peter Mifflin, a Black man, who worked as a carpenter and lived around the corner from Ms. Williams. He stated the cause of death as Typhus Fever. However a Board of Health official changed the cause to Debility. (See below)

Debility is not a cause of death. The decline in Ms. Williams’ health was secondary to an undiagnosed illness.

Ms. Williams lived at 158 Lombard Street. According to the 1824 Philadelphia City Directory, this was the business address of a druggist Jacob Bigonet, a white man. Ms. Williams could have been a live-in domestic and may have also worked in the store. As the map below illustrates, she resided a half a block from Bethel A.M.E. Church and across Lombard Street from Wesley A.M.E.Z. Church. This area was the epicenter of the Philadelphia Black community at this time. W.E.B. DuBois later labeled it the “Negro Quarter.” 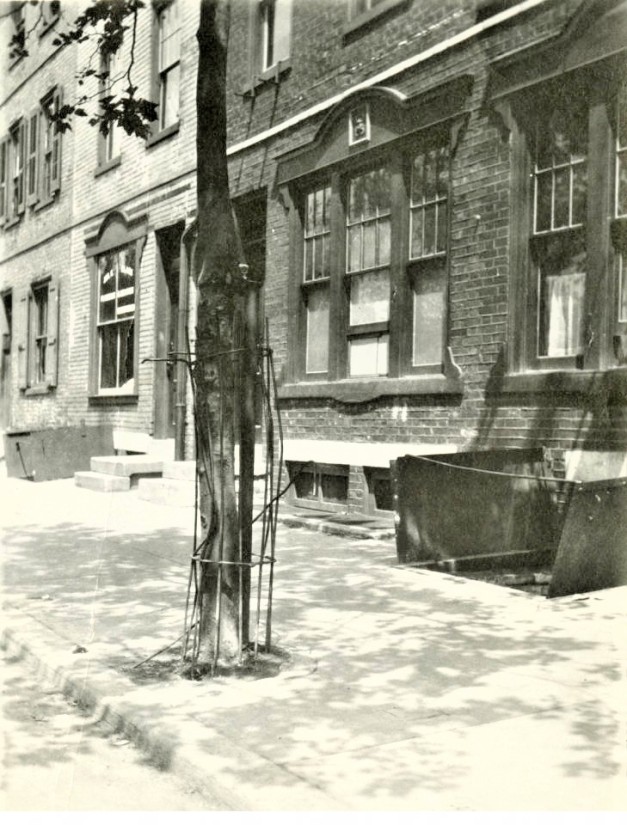 The above is a 1910 photo of the block of Lombard Street in which Ms. Williams resided. The wooden frame building she lived in had long since been replaced by a brick structure.

Ms. Williams is not mentioned in any censuses or city directories, so we don’t know where she was born in 1754. No matter, it is highly likely she was born to enslaved parents. In 1780, Pennsylvania passed the Gradual Abolition Act which established as free those children born to slave mothers after that date. They had to serve lengthy periods of indentured servitude until age 28 before becoming fully free as adults. Emancipation proceeded and, by 1810, there were fewer than 1,000 slaves in the Commonwealth. None appeared in records after 1847.