Fifty-year-old Sarah Westwood died this date, April 5th, in 1853 and was buried at Bethel Burying Ground.

Posted by Terry Buckalew on April 5, 2019
Posted in: Uncategorized. Leave a comment 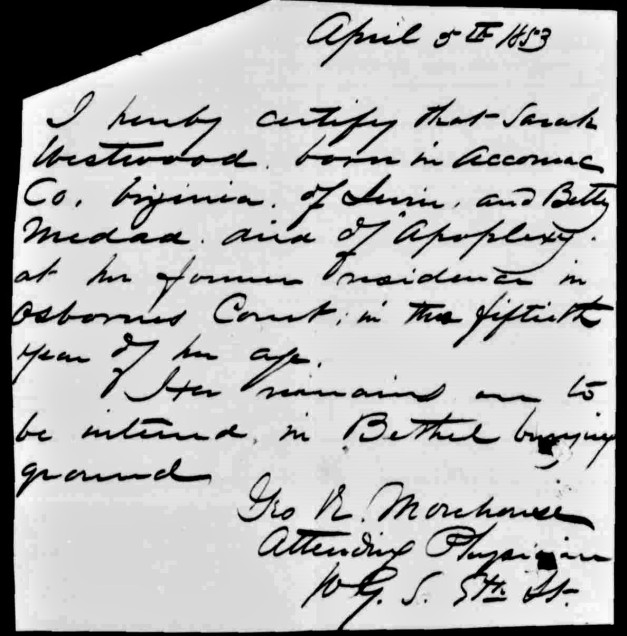 Fifty-year-old Sarah Westwood died this date, April 5th in 1853, of Apoplexy (stroke) and was buried at Bethel Burying Ground. Ms. Westwood, a widow, was born in Accomack County, Virginia and was the daughter of Irvin and Betty Midad. They very likely had been enslaved. According to the 1852 and 1853 city directories, Ms. Westwood was occupied as a wash woman.

Ms. Westwood lived in a room at #6 Osborn’s Court for which she would have paid approximately $2 a month. She likely earned between $.75 to $1.25 a week doing laundry. Osborn’s Court was a two block long narrow thoroughfare near 8th and Walnut Streets. 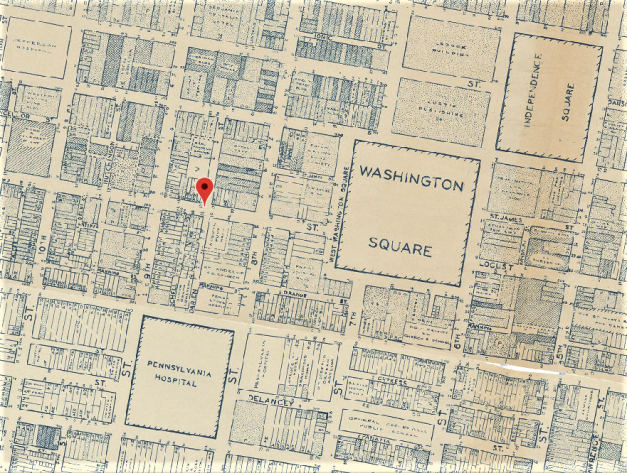 The red pin in the map above shows the location of Osborn’s Court located near both Pennsylvania Hospital, founded in 1751, and Washington Square. Osborn’s Court is now named Darien Street. 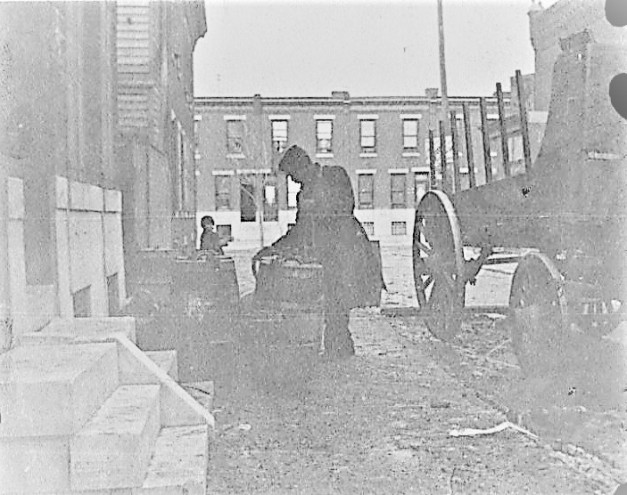 Ms. Westwood was 50 years old when she died. This was seven years more than the average age (42.3 years) of the adult* females buried at Bethel Burying Ground. The average age for males buried there was 42.9 years.

Ms. Westwood was buried on a day that started out rainy but turned fair by 9 am. The temperature rose to 50 degrees.

*All females 16 years of age and older.