Thirty-one-year-old Robert Carson died this date, March 26th, in 1841 and was buried at Bethel Burying Ground.

Thirty-one-year-old Robert Carson died this date, March 26th, in 1841 of the deadly effects of a “Lumbar Abscess.” He lived on Broad Street, just below Arch Street. The 1837 Philadelphia African American Census shows that Mr. Carson was employed as a porter. He was married and there were five others in the family besides the couple. The ages, genders or relationships of these five individuals are not reported. All seven in the family were born in  Pennsylvania. Ms. Carson’s first name was not reported. Her occupation is recorded as “own work” which I take to mean homemaker.

The Carson family lived in a room on Broad Street, just a block north of Penn Square which is now the location of Philadelphia’s historic City Hall. In 1841, it was a large public square. The rent for their room was $4 per month, according to the 1838 African American Census. Mr. Carson probably made $4-$5 a week as a porter, most likely at the warehouse of E.G. Dutilh & Co., located directly across Broad Street from his home. 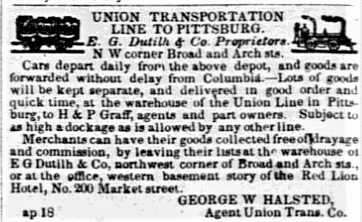 Tragically, Mr. Carson’s nine-year-old son, Simon, died six months after his father of brain inflammation, possibly meningitis or a similar virus. The child’s death certificate was written on a greasy piece of paper, perhaps from a paper bag. 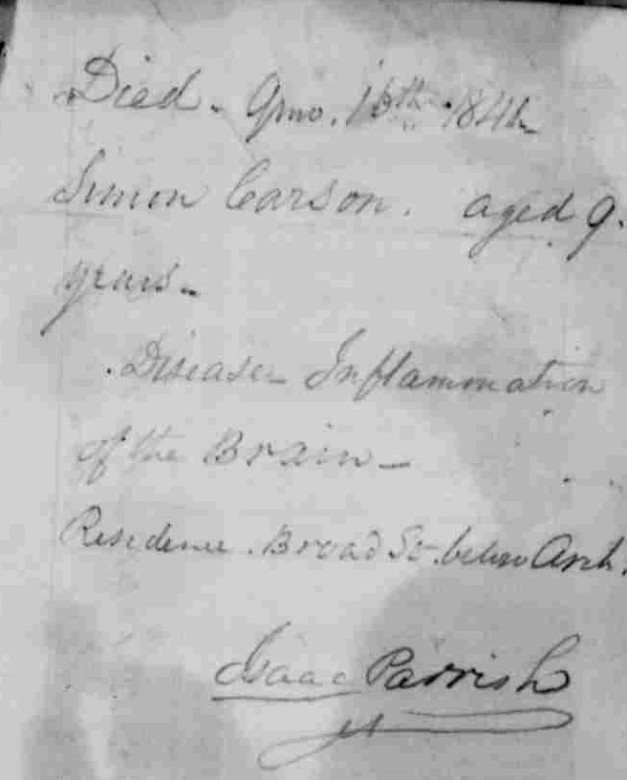 Both father and son are buried at Bethel Burying Ground.