The six-month-old son of Mary Ann and William Morris died this date, February 22nd, in 1844 and was buried at Bethel Burying Ground.

The six-month-old unnamed son of Mary Ann and William Morris died this date, February 22nd, in 1844 of Gastritis and was buried at Bethel Burying Ground. By 1847, according to the Philadelphia African American Census, Mr. Morris was no longer in public documents.* I have not been able to find a death certificate for him. The 1847 Census reports that Ms. Morris is occupied as a wash woman with two daughters at home between the ages of five and fifteen years of age. Both attend school and can read and write. They were born in Pennsylvania while Ms. Morris was not. Ms. Morris and her children regularly attended church services. She also was a member of a beneficial society in the church. The family lived in one 11’x11′ room at 19 Middle Alley for which they paid $1.25 in rent, likely the equivalent to what Ms. Morris earned in a week of work. Middle Alley was one of the most notorious and deadly pestholes in the city and districts of Philadelphia. Many residents, both adults and children, would die from want of food and medical attention. Infanticide was not uncommon and the city’s coroner was not an infrequent visitor to the unpaved “Murderer’s Row.” 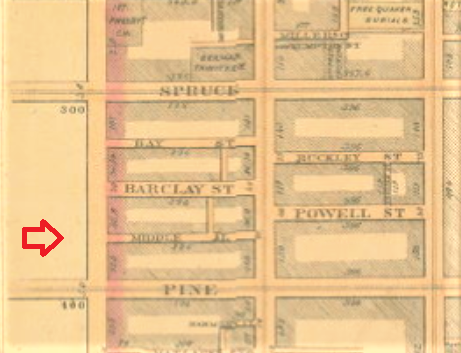 The Morris infant died on a clear day where the temperature rose to 54 degrees. Sadly, Mary Ann Morris would die of Tuberculosis in Blockley Hospital seven years later and was buried in the local Potter’s Field. 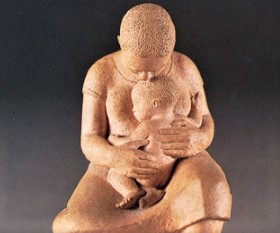 *The death certificate is not signed by a physician. It is signed by George W. Morse. There is a man by that name listed in the 1844 City Directory as a “card manufacturer” or printer that prints business and social cards. This individual may have been Mr. Morris’ employer and perhaps gives us a hint at what Mr. Morris did for a living.