The six-month-old son of Mary and Josiah Purnell died this date, February 11th, in 1850 and was buried at Bethel Burying Ground.

The six-month-old son of Mary and Josiah Purnell died this date, February 11th, in 1850 of Lobular Pneumonia and was buried at Bethel Burying Ground.  Mary, twenty-two years old, and Josiah, twenty-nine years old, were both born in Delaware. One of them was born enslaved, according to the 1847 Philadelphia African American Census.* Ms. Purnell was employed as a wash woman. Mr. Purnell worked as a waiter, reportedly earning $10 a month. The Purnells paid $2.50 a month for the rent of a room at 168 Locust Street which was located between 11th and 12th Streets on Locust Street.

The red arrow indicates the approximate location of the Purnell home on Locust Street between 11th and 12th Streets. The area was known as “Hell’s Half Acre” because of the level of crime and violence in the neighborhood.

The 1847 Census shows that the Purnells regularly attended religious services and owned a total of $75 in personal property. There is some evidence that Mr. and Ms. Purnell suffered the loss of one or two other children, both girls, in 1846 and 1848 respectively. Both girls also are buried at Bethel Burying Ground. 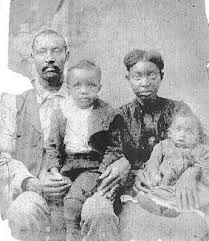 Baby Purnell was buried at Bethel Burying Ground on a February day that dawned clear but turned cloudy in the afternoon. The high temperature for the day was thirty-nine degrees.

Tragically, Mary Purnell would die four years later in 1854 of Tuberculosis and she was buried in the graveyard of the Philadelphia Alms House. Mr. Purnell would live until 1867 and die at age fifty from “Softening of the Brain.” He was buried at Lebanon Cemetery.

*In 1850, it appears from past census records that approximately four out of ten Philadelphia Blacks formerly had been enslaved.