Seven-month-old Benjamin Wilson died this date, November 10th, in 1825 and was buried at Bethel Burying Ground.

Seven-month-old Benjamin Wilson died this date, November 10th, in 1825 of Scrofula and was buried at Bethel Burying Ground. Scrofula is a disease in which the bacteria that causes tuberculosis can create symptoms outside the lungs. This usually takes the form of inflamed and extremely painful lymph nodes in the neck. Today the infection is cured with antibiotics which did not exist in 1825. 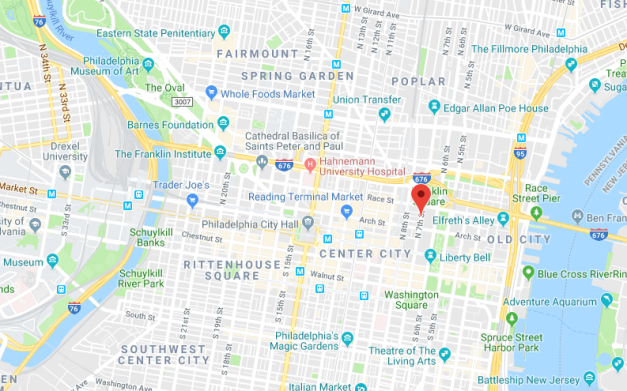 The 1824 Philadelphia City Directory reports that a Mr. James Wilson, a Black man, resides at 7th and Cherry Streets which was also the address of the deceased child. The red pin on the map above indicates that location in the city. Mr. Wilson’s occupation is listed as “oysterman.” Oysters were the fast food of the 18th and 19th century in Philadelphia. Mr. Wilson’s income would not have been steady because of the variability of the weather and the seasonal availability of oysters. Mr. Wilson, like all Black vendors regardless of their wares, was subject to violent attacks in Philadelphia by thieves and gangs. There was nothing remotely romantic or nostalgic about what these men and women had to do to eke out a living.

Coincidently, the Wilson family lived doors away on Cherry Street from the office of The Pennsylvania Society for the promotion of the Abolition of Slavery, the relief of free Negroes held in bondage, and for improving the condition of the Negro race. This organization lobbied for the rights of Black men and women and provided legal representation for captured fugitives from slavery and for African Americans kidnapped by gangs of slave catchers. In addition, they established schools for Black children and adults in their “plain neat building” erected for this purpose on Cherry Street, between Sixth and Seventh Streets. It was commonly known as Clarkson Hall. If the Wilsons had other children, they likely attended this school.

The above is the earliest photo of the 600 block of Cherry Street taken in 1859.

The Wilson family buried seven-month-old Benjamin at Bethel Burying Ground on a cool November day where the temperature rose to an afternoon high of 47 degrees. 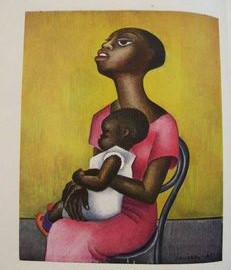 Philadelphia Health Office records show that Baby Wilson was one of fifteen children that died of Scrofula in 1825.