The nine-month-old Jackson child died this date, June 22nd, in 1835 and was buried at Bethel Burying Ground.

The nine-month-old Jackson child (gender not specified) died this date, June 22nd, in 1835 of “Summer Complaint” (Cholera) and was buried at Bethel Burying Ground. The child did not have a death certificate and was only recorded on the burying ground’s weekly summary of those interred. The child’s father was Isaac Jackson and, according to the 1836 Philadelphia African American Census, he was employed as a “laundering dealer” and his spouse (unnamed) was employed as a laundress. It appears that they both worked in a family business. In addition to the deceased child, the Jacksons had two other children. All the children and one adult were born in Philadelphia. One of the adults was formerly enslaved and gained his or her liberation through manumission. The Census records reported that the family attended church services at Wesley AMEZ. 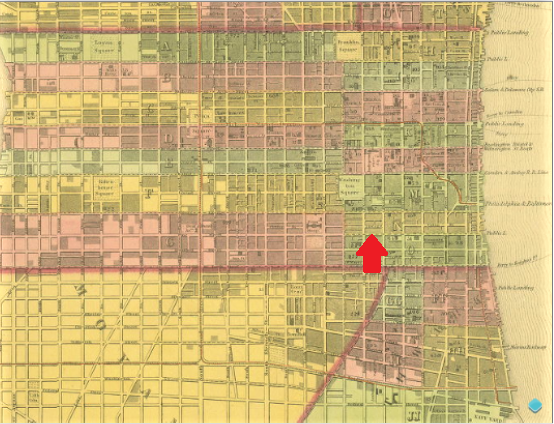 The red arrow indicates the location of the Jackson family home in what now is known as the 600 block of Bainbridge Street in south Philadelphia.

According to the 1836 Census, the Jackson family lived on “Shippen Street below 7th Street,” what now is known as the 600 block of Bainbridge Street. Ten months previous to the Jackson child dying, Shippen Street was overrun by a large violent mob that destroyed two Black churches and thirty-seven homes of African American citizens on Shippen Street and the surrounding blocks such as Baker, Small, St. Mary’s and Bedford Streets. Several African Americans were killed and dozens horribly injured by white gangs with the names of Gunner, Punch, and Big Gun. There were pockets of resistance. However, they were quickly overrun. Black families escaped into other parts of the city or “trembled” in the back of dark cellars.* It is not known which path the Jackson family took. Ms. Jackson would have been 8 to 9 months pregnant with her aforementioned child.

“On Shippen street between 7th & 8th there are some very respectable colored people but, for the most part, those miserable creatures are in the majority. There are in this vicinity not so many as in Baker street and other places but still the number is alarming there are many here who from necessity are very destitute and doubtless would do much better if an opportunity to do so was afforded but from the peculiar situations in which many are placed it seems almost a matter of impossibility for them to do better without the assistance of those in whose power it is to give them regular employment. Another great cause of the poverty of the paupers and the laborers is the vast and almost insurmountable rent rates, many who from being without employment this winter have had to pawn almost everything they possessed to keep up.”

The nine-month-old Jackson child was one of the 213 children under a year-old who died of Cholera in Philadelphia in 1835. Of the surviving death certificates for all of those buried at Bethel Burying Ground, 126 are recorded to have died from Cholera. The death rate among Blacks was twice that of whites. 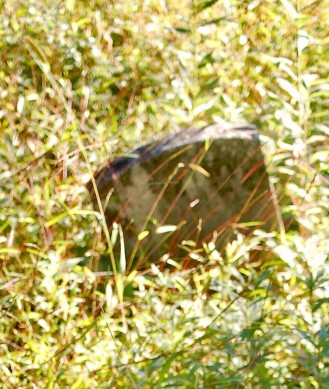 The child of Isaac Jackson was interred on a sunny day with light wind. The temperature reached 71 degrees at 3PM.