Seventy-four-year-old Judith Govan died this date, February 25th, in 1842 and was buried at Bethel Burying Ground.

Seventy-four-year-old Judith Govan* died this date, February 25th, in 1842 from complications of a stroke and was buried at Bethel Burying Ground. She had been a resident of Philadelphia for forty years. In 1768, she was born into enslavement in the colony of Maryland. She worked as a laundress and lived near 15th and Filbert Streets now J.F.K. Boulevard in center city Philadelphia.

The above is an entry in the 1838 Philadelphia African American Census for the Govan family headed by Ms. Govan, a widow. I believe it shows that she was enslaved and eventually manumitted while her female child’s freedom was purchased by her late husband for $100. Manumission was the renunciation of the property rights that slave owners had over the enslaved. The enslaved were released from the owner’s control by self-purchase or by the last Will and Testament of the enslaver. The latter often occurred for the “faithful service” of the Black man or woman. 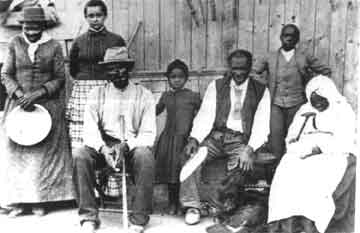 Another enslaved Maryland woman, Harriet Tubman (far right) with a group that she assisted in escaping from slavery in Maryland. She herself escaped from a Maryland plantation in 1849. Ms. Tubman is the most famous “conductor” on the Underground Railroad. 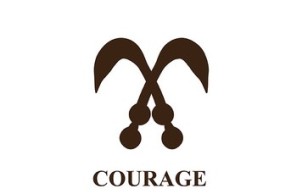 *The physician who made out the death certificate spelled the last name “Governs.” All other documents including censuses use “Govan.”