The five-day-old baby of the Wise family died this date, August 31st, in 1845 and was buried at Bethel Burying Ground. 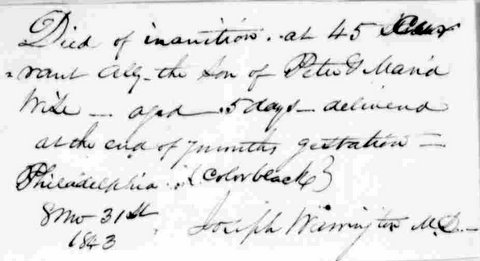 The five-day-old son of Maria and Peter Wise died this date, August 31st, in 1845 of “Inanition” and was buried at Bethel Burying Ground. The child was a “preemie” born two months early. The cause of death is what is known as “failure to thrive.” There could be many reasons for this including the poor health of Ms. Wise while pregnant.

The Wise family lived in Currant Alley in the southern part of center city Philadelphia. It appears the family had no other children and lived in a 12’x 12′ room for which they paid $25 a year. Mr. Wise worked as a stevedore but appears to have been only able to work sporadically. Ms. Wise worked as a wash woman. 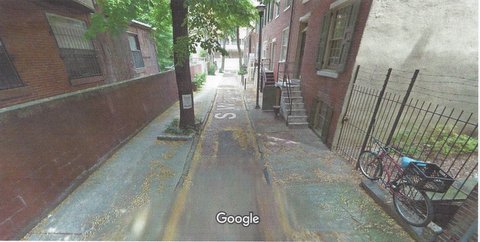