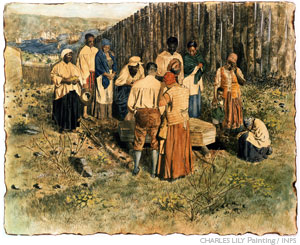 The above painting depicts a burial, late 17th or early 18th century, at the “Negroes Burial Ground,” now the African Burial Ground National Monument in Lower Manhattan. It shows the burial in a remote location surrounded by tall barricades that provide seclusion and privacy. The Bethel Burying Ground had none of this seclusion with possibly the exception of the first several years of its existence. For the vast majority of the 19th century, it was literally surrounded by tenements filled with the poor working class Irish that was the Black community’s sworn enemy.   Given the violent and frightful nature of the relationship between the two ethnic groups it is baffling how the little burying ground remained active for 55 years (1810-65). Although I have not found one single newspaper report of vandalism or of an assault on mourners.

In 1810, the violent riots of 1834, 1835, 1842 and 1849 were decades away from this corner of Southwark that consisted of pastures and shanties. The streets for Catharine and Queen had just recently been extended to 6th Street which gave farmers and merchants a more direct route to the popular Queen Street Wharf on the Delaware River.  The roads were dirt down to 2nd or 3rd Street and would quickly turn to mud in the rain and snow for both freight wagon and funeral bier. In 1810 no matter which route the funeral procession took it would have traveled on dirt roads. Bethel Church was a half mile and after the funeral service and up until the 1840s the Irish controlled the unions that controlled the drivers of hacks, waggoners, carters and draymen. “They would not serve at the funerals of colored persons,” according to journalist William Carl Bolivar and so the coffin would have had to be carried or placed in a push cart and taken to the burial ground. (1) 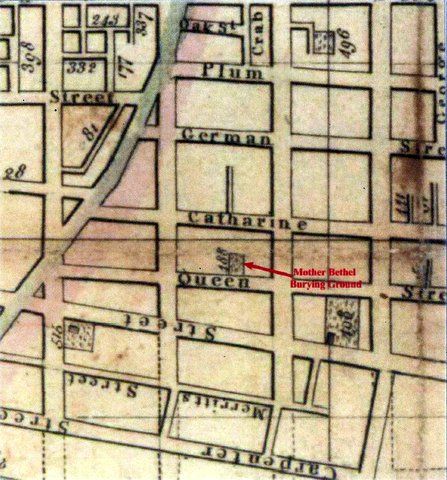 The above is part of an 1810 street map of the County of Philadelphia. It clearly shows the beginnings of the new cemetery and its sparse surroundings.

In contrast below is part of an 1825 street map that shows just how much the neighborhood changed in 15 years. The shaded areas are all tenements and rowhouses that encircle the Bethel Burying Ground. 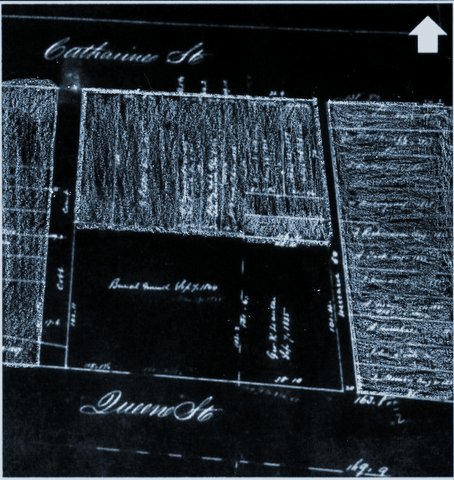 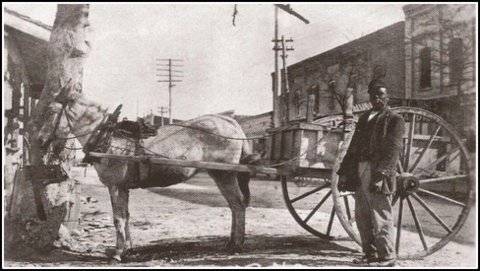 A Black drayman and his cart.