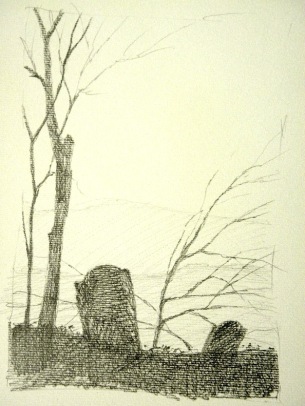 On December 2, 1889 a special meeting was called for of the Mother Bethel Corporation where President D.W. Parvis stated the City of Philadelphia has “ordained” that the Bethel Burying Ground be used for a city park. In addition, it is necessary for the Corporation to vote to empower the trustees to sell the plot for $10,000* and the money is to be directed to be used for the improvement of the 6th and Lombard Streets properties. The Corporation voted unanimously 20-0 in favor of the sale. There is no mention of removing the remains of the 5,000+ individuals buried on Queen Street in the official record. (Minutes of the Bethel Trustees)

The trustees of Bethel Church had a cemetery that was no longer bringing in revenue for its upkeep. There were continuous complaints to the Board of Health about human remains being uncovered after a heavy rain. Add to that the burden of a newly constructed church with large mortgage payments and the cold hard fact that the Church’s treasury was overdrawn according to Church records. Also, there were several Church owned income properties at 6th and Lombard Streets that were in immediate need of renovation. At the same time, there was a vigorous campaign by the city to establish “pocket parks” in the poorer neighborhoods to occupy the children’s time and hopefully reduce delinquency and crime. The burial ground property was one of the first lots identified by the city council to be transformed into a green space. According to one source, it was the only open space in the ward. The offer of $10,000* for the lot must have seemed like it was God sent to the trustees. “Ordained” indeed!

By all accounts, the condition of the graveyard in 1889 was a rubbish strewn, “hard clay” lot that was used as a trash dump and a space for neighborhood children to play. It was common knowledge that it was an old cemetery with the bodies washing up and all the tombstone rubble near the surface. However, the lot remained untouched for the next ten years and 1t wasn’t until June of 1899 that the city council approved the appropriation of $10,000 for the improvement of the property and to repave Queen Street between Fourth and Fifth Streets. A contractor was hired to ready “Weccacoe Square” for “promenaders.” It was reported that the property is the site of “an abandoned burial ground for colored people.” (see Philadelphia Inquirer, 24 June 1889 and 20 August 1890)